I figured it’s time to get down and dirty with my Dead Mom Chronicles.

Allow me to introduce her and share my relationship with her to you.

They tip toe around it and it brings me a smile inside.

The reason I call her dead mom is… (wait for it…) because she’s dead.

My brain is highly creative and I am borderline repulsed and repelled by being mainstream and “normal” and I love nicknaming shit.

I nickname friends so much that I go to tag them in a funny meme on IG and am like why the hell cant I pull up my girl Last Tuesday whose real name is Amanda. 🤪

It’s just what I do.

DM (Dead mom) and I have had a destructive, tumultuous “relationship” at best. I put quotes because I don’t even think we can refer to it as a relationship.

It was because of her that I vowed to myself that I would go to the grave childless before I brought a baby into this world if I couldn’t protect them better than she ever protected us kids.

I was the youngest and by the time shit got to me I suffered for everything she had done as a child and teenager and everything my older siblings had done as well.

I’m not sure what she ever wanted to do with us kids. I’m judging by the age that DM was at the birth of my oldest sibling, that she wasn’t planned.

I’ve found myself often thinking that she should have been on some sort of “Do not reproduce” list.

As the years clicked over it got worse and worse. I didn’t realize it at the time but I had an excruciating amount of venom and hatred brewing inside of me towards her.

When my niece was born I was shoved aside so that her and my stepdad could play family while I was tossed away like a used sock.

It was because of this that I had engrained in me that I was worthless and that eventually everything would abandon me and I’d be replaced (with a newer make and model 😜).

It was because of the limiting belief systems that were built in me during those crucial developmental years that I would go on in life to make detrimental decisions that cost me immensely.

I stumbled along the years trying to salvage something that resembled a relationship with her. Every time I spoke with her I felt drained, deflated, angry, yucky etc.

I couldn’t put my finger on it but I knew in the depths of my soul that even though this person gave birth to me I couldn’t allow her in my life.

The last straw came when I got married. I had a SMALL small wedding that was very informal because by that time between her training and the person that I was marrying I didn’t think I was worthy or deserving of anything more than the crumbs I was accepting. Because hey, crumbs were better than nothing, right?!!

She made an excuse that she couldn’t make it to her daughters wedding. I was the only one so far that had gotten married.

I would find out later after she died that she told my stepdad that they weren’t going to be back in time for it. She told me a different story. Both were lies. Which became obvious to me over the years that lies were essentially a form of oxygen for her.

I cut off communication with her cold turkey. No answered phone calls, emails or texts. Any cards I received I made Mr. Good open them just to make sure she didn’t put something in it like my birth certificate or some shit because she would do goofy things.

That’s really when she became dead mom to me.

I didn’t speak to her, call her, accept her email invites to get into a bullshit headlock tango. Nothing.

That whole debacle is another blog post for another day. ☘️

Was it hard? Fuck yes it was.

I had to mourn the loss of a relationship my soul yearned to have. That EVERY fucking kid should have, but some of us don’t get the pleasure of receiving.

I had to be on the outside of my siblings still being in contact with her and trying to not make things awkward for them.

But the important thing that space allowed me to do was to be authentic to myself in the name of disappointing others. It allowed me the space to start healing and letting the venom I had towards her slowly seep from my body. 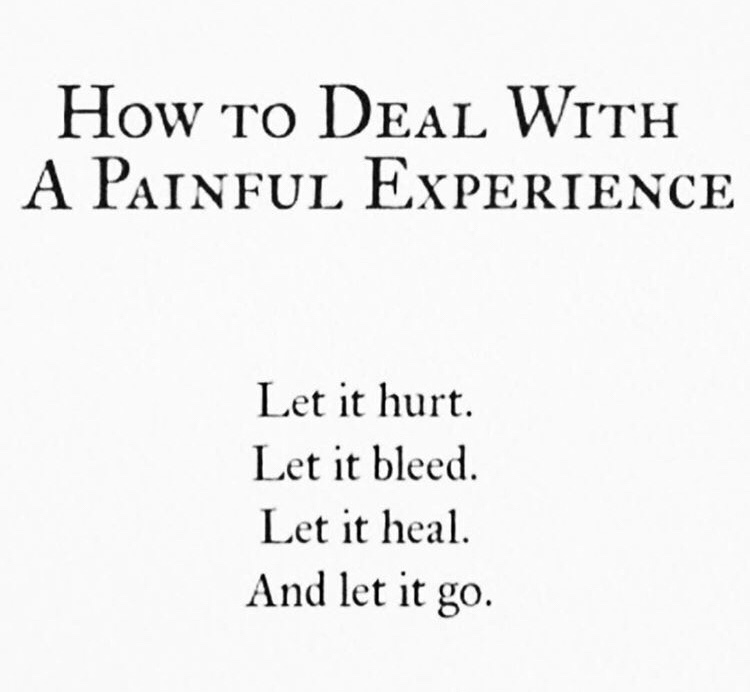 I learned later that I had built up a wall around my heart because of that relationship with her. I was then able to protect myself from the rampant abuse and torture she had inflicted on my soul.

But what I didn’t realize and ALLLLLL of us need to learn is that we cannot selectively dismantle our heart wall for one thing and keep it up for others.

When we make a wall, it blocks everything good. It prevents us from sending AND receiving from others but most importantly to ourselves.

This disconnected me from everything. I was numb. Because numb saved me. But numb also kept me from experiencing the bliss that comes from falling in love with my true authentic self and then eventually others. It kept me in abusive relationships well after the expiration date.

Because that’s what’s building heart walls and numbing does to us. On one edge of the sword it protects us. On the other it prevents us from feeling brilliant, euphoric feelings of love and joy.

The love I was yearning for was inside me all along. I had just built barriers up against it.

It was through my certificate training for becoming a self love guide that I was able to see the broad scope of what hating her had inevitably done to ME.

Theres that saying that when you hate someone it’s like you drinking poison and expecting the other person to die. It’s SO FUCKING TRUE.

I can’t go back and change my relationship or the things I have done in my life. But what I can do is take my experiences armed with what I have learned in my Self-love guide program and use that to be a beacon of light out in the world.

Dead mom and are are at a really good place right now. I know that even though she is really dead she still heals off my forgiveness towards her and I continually, most influentially, heal myself.

Forgiveness is a tool from the divine. It’s life changing. In fact, if someone had to ask me what the most pivotal thing I have used is and it would be forgiveness.

What transpired from me hating her and nailing her to the cross without forgiveness was my ability to turn inward and do the same to me. I was unable to forgive myself for perceived failures with as much tenacity as I held DM to the fire with.

It was much easier to blame her for shit. She was purely a vessel to evoke these feelings that I didn’t know how to process.

But now I understand the dynamic of forgiveness and vow to use my experience to help illuminate these concepts for others. Healing and forgiveness are good. They are both gracious and divine.

I was thinking about Dead Mom all holiday weekend. I see others sharing their bits about missing their loved ones who have crossed over. It dawned on me that I don’t have that shared feeling. I never once have missed her. I guess that’s a weird gift I got from Dead Mom is that I don’t have to suffer further even after she’s fluttering in spirit.

But maybe I secretly somewhere deep down in my heart wish I did miss her? Who knows.

All I know now is that I have the choice to wake up everyday with forgiveness in my heart. And that continues to transform my life incrementally.