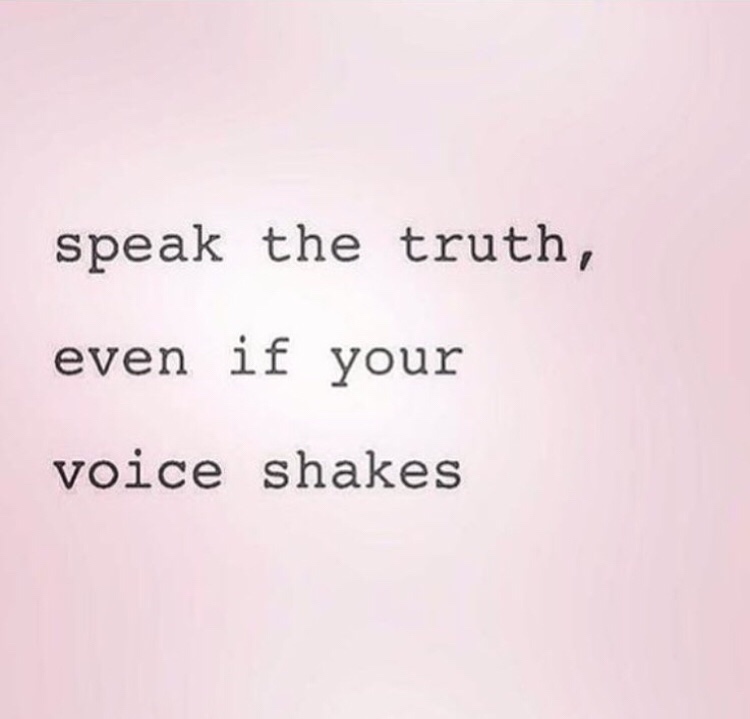 I have this place in my soul I refer to as the vault that I have shoved memories and things that have happened to me or that I endured to never be seen in the light of day again.

I was delusional in my belief that if I blacked out a traumatic memory it would disappear forever.

I can tell you that could not be further from the truth.

We are not given our tumultuous circumstances for us to shove them away in a dark corner of our soul and not grow from them and use them to catapult us into spiritual growth.

While our waking conscious may not be aware of our past traumas, our subconscious and our soul is very much aware of them. Stuffed traumas can be magnetic for us in a way that we find we relive the same type of trauma but with a different flavor and different characters.

But the damage is all the same.

It’s time I bring Dead Mom to life for you guys so you can get a better grasp of my life and what’s shaped me.

In my spiritual growth I have learned that if we leave things in us that are unhealed (shoved in the vault, unaddressed) that we will unknowingly attract similar situations to us until we learn the lessons we are supposed to be learning from it.

I see the pattern now of something I have been a prisoner of for my entire life and I was able to trace it back to a traumatic occurrence that happened when I was in grade school.

A boy on the school bus started to put his hands on me. It was slow at first as he was testing the boundaries that I neglected to set.

He was an upper class-men and I feared saying anything to him telling him to stop or quit.

I started dreading riding the bus so I would fake sick. Dead mom (who was undead back then 😜) was getting fed up and pissed off at me for being sickly all the time and her having to call me in sick and leave me home alone.

One day during the morning when I was trying to get called in sick a fight erupted and I finally blurted out that a boy had been touching me inappropriately on the bus and I was uncomfortable with it and didn’t want to be around him or ride the bus anymore!

Dead mom did what any mother of the year would do…..

She screamed at me. She blamed me. She threw her purse across the room and stormed around the kitchen screaming profanities because “now how the fuck was she going to get to work and deal with me getting to school”.

I wanted to die.

My loving subconscious only allows me to retrieve just enough of this memory to write about it while sparing me the reminder of the details because the rest is blacked out still. I’m sure it will surface one day and when that comes I’ll bring it to life on paper (my blog 🙂).

That incident right there paved the way for numerous things.

It taught me that I was a hassle for everyone. If I was a burden for my parents who were supposed to love you unconditionally, I for sure am a burden for tertiary peoples as well.

You can see this limiting belief played out to this day as it is extremely difficult for me to rely on or ask for help from others.

This incident showed me that it doesn’t matter if you go to authorities (read: parents, the law, your supervisors) because don’t count on them protecting you.

This taught me that the predator will get away with murder and that it’s not worth the turmoil and heartache to bring up being victimized because it will be ME that gets the repercussions.

This last one has played out several times in my life. It’s because this belief was SO strong in me that I managed to attract more situations that would allow that theory to be proven as gospel.

This showed up the time Mr. Good showed up in the city of Omaha fire truck when I was trying to move out and blocked me in the driveway with the engine.

I’m pretty sure that using City Fire Trucks to harass your soon to be ex wife that was already hiding under ground due to immense fear of her situation – was not kosher.

I reported it as I was advised to do. What happened? NOTHING. The board who reviewed it didn’t think anything was wrong.

This showed up the time I was seeking a restraining order and was denied.

These are the precise reasons victims choose to keep quiet.

This limiting belief has tainted my life incredulously.

There is one incident that has rotted in me that I have struggled to forgive myself for allowing to happen and not saying anything about that I cannot Shake.

Forgiving others is a task. But forgiving ourselves?? Can seem impossible at times.

Several years ago our boss took us to Vegas to a fitness convention. The coworker guy and I were more along for the ride and didn’t have to attend the seminars like the managers all did.

During the first night of the event he and I went walking the strip with our boss. It stared getting unusual when our boss starting wanting to take photos of only me standing bye things on the strip.

I felt the stir in my gut that something wasn’t right. But at that time I wasn’t attuned to the language of intuition and shoved it.

I don’t recall the exact reasoning but the coworker guy and I had to go to our Bosses room for something with him.

I don’t know if I had a gut check at that moment or not as I am writing this I am not clear about it.

But what I am certain of is that what transpired next is blows well past the line of appropriate that it makes me ill.

While all 3 of us were in his room he instructed me to get on his bed and pose.

I KNOW I blurted out NO. Because that was way out of line. I remember looking at him and he had this blank look in his eyes that made him look inhuman. It was frightening like something had snapped in him.

He ended up pushing me by the shoulder on his bed and proceeded to take pictures of me while the coworker guy stood there. I was fully clothed. NOT that that detail matters in any way shape or form because what happened was wildly destructive and inappropriate.

I remember him emailing me later when we got back to Omaha and dropping a little black mail- Esqe type hint in an email about having those photos.

I remember asking him to delete them. He responded back that he was only joking about using them.

I never shared this with anyone back then. In fact, the coworker guy and I never breathed a word about it until many years later. He directly witnessed what happened and subsequently now refers to our (ex) boss as Weinstein.

There are so many things to cover as I type this. Such as the anatomy of why I remained silent with this living in me for all these years.

I will address that later as it is VERY important.

What I want to link together is the incident with my dead mom when I reported the kid touching me on the bus and her response and how what that engrained in me from that moment dictated how I handled situations in my life from then on.

I don’t think we realize the impact we leave on ourselves and others. That adage of get thicker skin or let things roll off your back can really go fuck itself.

Things like this, traumas, can stick with us and haunt us even when we think we have buried it. We won’t make the connections between things until we have a massive awakening and the veil is lifted from us and we see things on a much grander scale.

I couldn’t imagine how different things would be for me had my own mother stood up for me like a NORMAL mother should have.

I distinctly remember vowing to myself then and there that if I couldn’t protect my babies better than my dead mom protected me that I would NEVER bring a child into this world.

That incident buried the chance of her and I ever having a relationship. I built up a Fort Knox around my heart to block her out that would never be removed. Not until many years after her death has it finally started to come down brick by brick.

It feels good to have that freedom. As I learned later we are simply unable to selectively block love.

I recall an incident a while ago where my friends daughter had some punk kid say some pretty heinous threats towards her in school. I recall how I felt the moment I heard what happened and I went into hypervigilent mode wanting to protect her from that and protect her from allowing that to latch into her soul and to wreak havoc in her remaining life.

I probably had a PTSD episode because I literally felt the fear intensely in every cell of my body.

I wanted to save her from the things I couldn’t save myself from. I need not get my feathers in a tizzy because this girl has been gifted with a bomb as set of parents that protect her. Her father was beyond upset with the kid – rightfully so and it was apparent that her feelings and how this affected her was their priority.

That’s how parents should be.

While I was not gifted with those kinds of parents I was gifted with a fucking courageous, resilient heart, the gift of words and the gift of seeing dynamics of things in a light that most don’t.

I realize now how these were lessons I needed to learn and needed to experience to help bring light, love, compassion and awareness to. 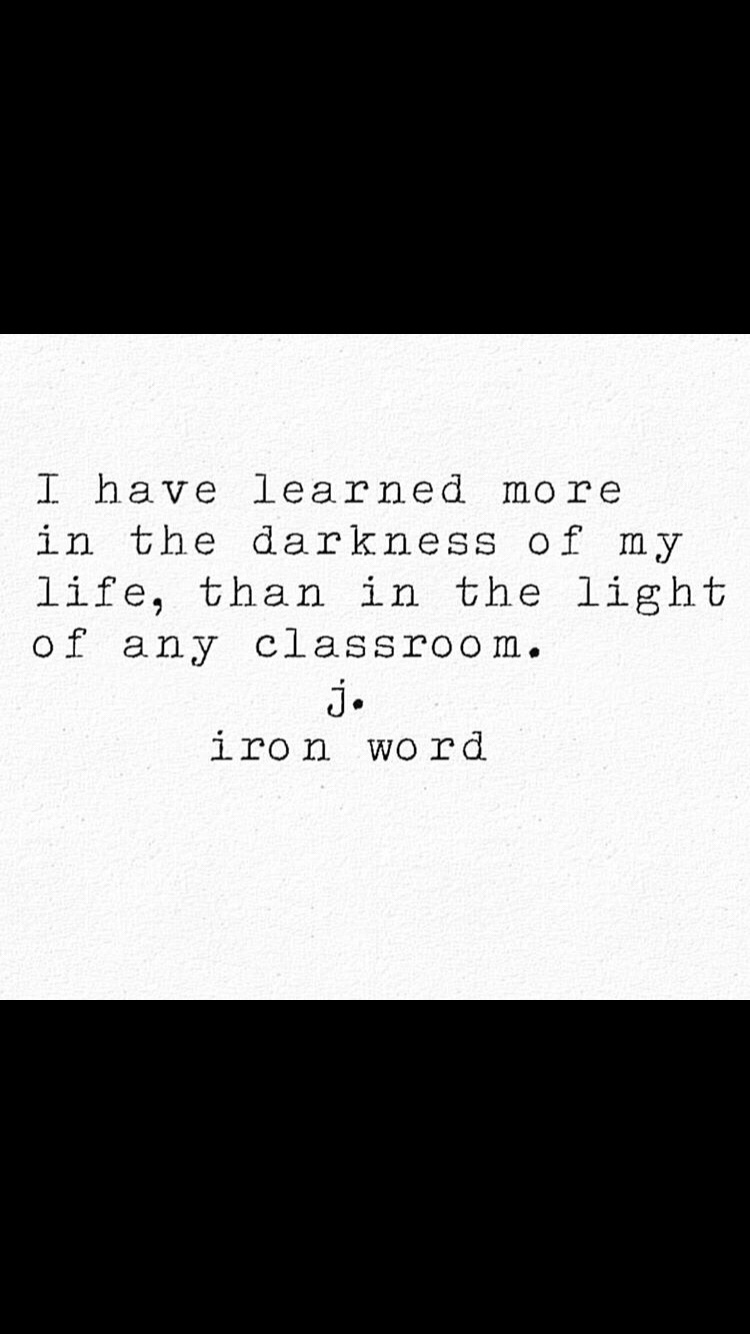 I am able to show the connection of life events that were born from that traumatizing occurrence with dead mom.

I am now strong enough with enough courage in my heart to speak my truth even if my voice shakes.

And that’s just what I’m gonna do.

My prayer is that it inspires courageous actions from anyone who needs to do the same.